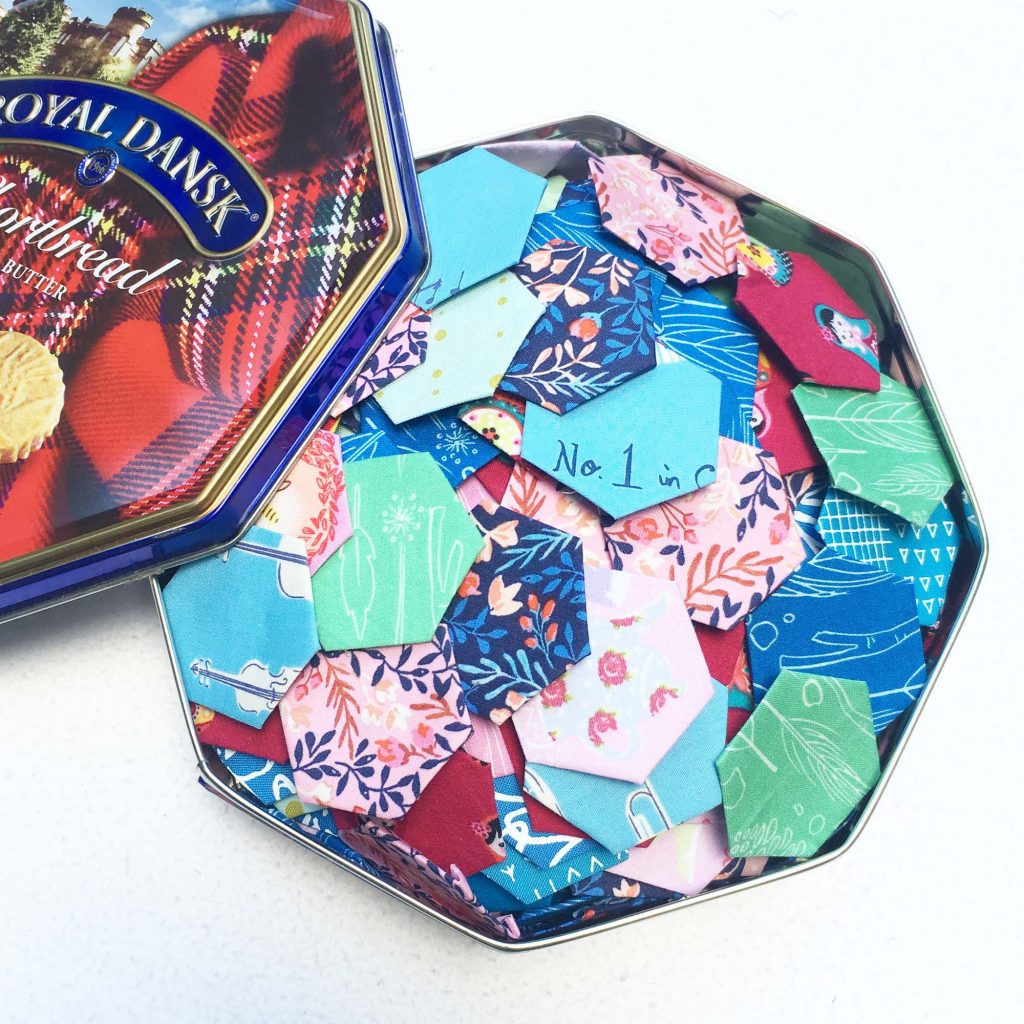 She laced up her sandals, arthritic knuckles moving more nimbly than might be expected, despite the slight tremor in them. Then, she unhinged her back from its awkward lean over the stool. When she straightened up, she stood only slightly straighter than when she had been bent over. She smoothed her tunic, and arranged her veil to catch any stray wisps of white hair. Finally, she tapped the small pouch carefully tucked within the folds of fabric falling around her. Saturday again.

As she stepped outside the wooden door onto the dusty street, she clutched at her middle to suppress the growl emanating from the hollow pit beneath her hand. With a face like flint, but an almost girlish joy flickering in her warm brown eyes, she set out for the synagogue.

The inside of the synagogue bustled with the usual crowd. The thread bare impoverished, and the working class fishermen. A few bold tax collectors, and an occasional Roman guard. And, of course, the members of the Sanhedrin. They all gathered together in one place, on one day of the week, for one purpose. Worship.

In her 87 years, she had repeated this ritual weekly, apart from the routine customs of purification as dictated by the Torah. She loved the rhythm of it. It was a chance to clear her mind, think about something else, to consider the words read from the prophets. She especially loved hearing about the life of King David. Through him the Messiah would come.

It always seemed strange to her that Yahweh would choose David. He seemed like a rebel of sorts. He certainly didn’t keep Torah all the time. Yet, his words touched a chord deep within her whenever they were read. Like most women her age, she had never learned to read. However she remembered every word that she heard as if it had been graven upon an invisible tablet deep inside her.

Sometimes at night her joints throbbed in time with her heartbeat while her stomach writhed with hunger. Other times, simply her heart ached at the memory of her beloved Jacob. Then she would search those tablets deep inside her and bask in the words.

“I have been young, and now I am old; yet I have not seen the righteous forsaken nor his descendants begging bread.” (Psalm 37:25)

She recalled that one particularly often. How many nights she had been hungry. But, without fail, the next day she would find a small coin or a neighbor would offer her a small chunk of bread. She never begged. Instead, she believed Yahweh’s promise like King David did.

She roused herself from her recollection when she saw that strange rabbi sitting near the collection tin with a few of his “followers” around him. She had heard so many contradictory accounts of the man. In truth, she couldn’t decide what to make of him. Still, he had a kind face when she looked his way, as he spoke with his friends.

As she studied him, he looked up, as though he felt her gaze upon him. If it had been anyone else, she would have looked down. But, somehow his eyes were even kinder than they had seemed when they met hers. He smiled genuinely at her. More genuinely than her own child would have. Yet it wasn’t an enthusiastic or flashy smile. It had appreciation in it, as though he saw what she was about to do and was deeply grateful.

Of course he couldn’t know what she had determined to do last night. How could he? She had taken her last two mites, barely enough for what would constitute a meal, and tucked it safely in the pouch she now clutched again in reassurance.

And besides, it wasn’t for him anyway. It was for the synagogue. So why would he express appreciation? As she considered this, a group of people walked through the courtyard, interrupting their gaze. By the time the group passed by, the rabbi had looked away.

So, she stepped forward. She tried to ignore her aching joints as she stood waiting her turn to enter the synagogue and deposit her meager pittance into the collection tin. She heard the full bodied jangle as those ahead of her emptied the contents of their purses. Still she did not flinch, only carefully stepping closer during each pause between jangles.

At last, her turn came. She had pulled her two small coins out in readiness a few paces back and now clutched them in her gnarled hand. She approached the collection tin, lifted her unsteady hand, and dropped the coins in with the tiniest “tink-tink.” Then, as quietly as she had come, she walked inside to worship.

Outside in the courtyard, the strange rabbi leaned over towards his friends. He motioned towards the hunched over figure disappearing into the sanctuary. He said, “The truth is that this poor widow gave more to the collection than all the others put together. All the others gave what they’ll never miss; she gave extravagantly what she couldn’t afford—she gave her all.” (Mark 12:43-44 MSG) 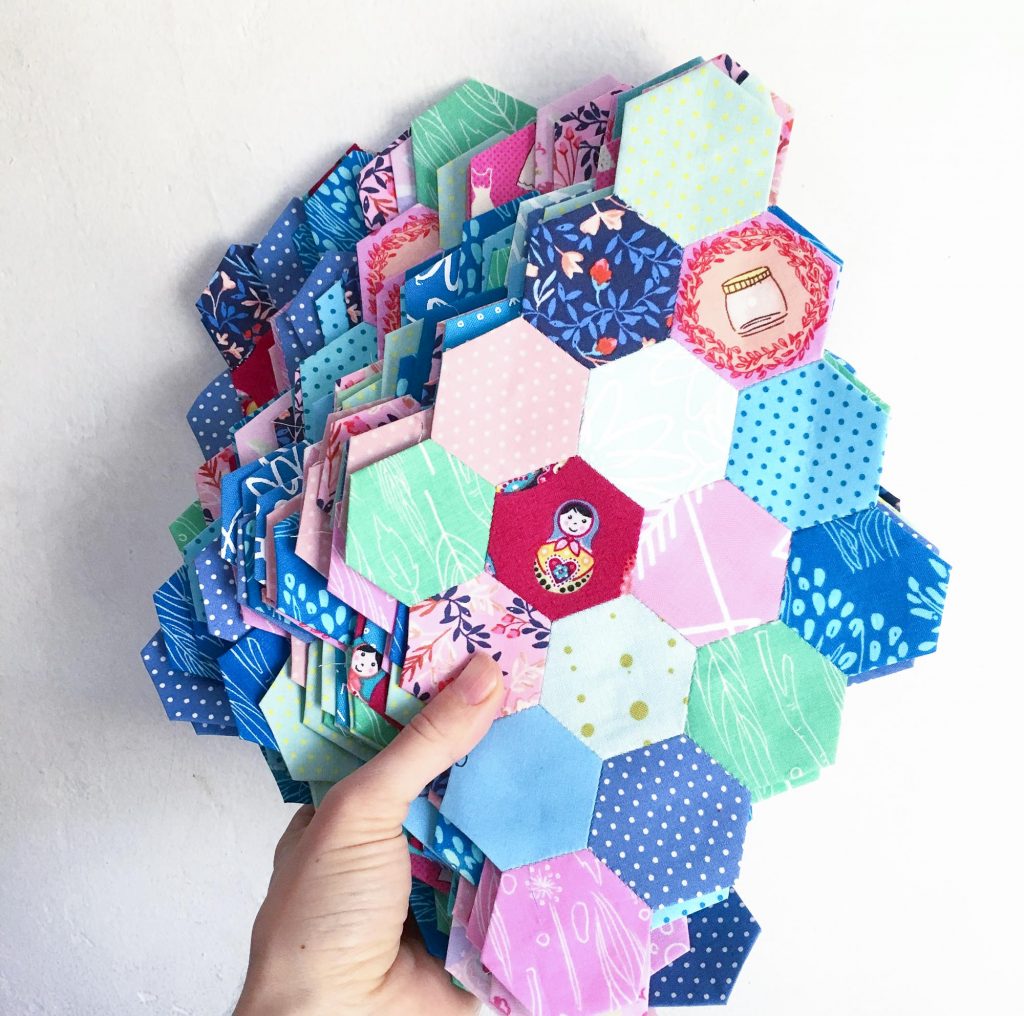 This account struck a chord deep within me a few months ago. It is a common enough topic of exhortation by preachers encouraging parishioners to give. But, somehow I understood the heart of this woman more deeply when I reconsidered it in a new light.

Yes, it can surely be applied to monetary giving. But, the thing that struck me was how utterly insignificant her two coins were to the treasury. They added next to no value to the bottom line. Yet, here, Jesus once again looks to the heart of the matter, and commends this woman’s two coins more than all the money in the treasury. He saw the heart from which she gave.

It feels like the fog of comparison culture has settled over us, applauding those who promote the virtue du jour. Social media jangles with judgment, but I think of this woman. She measured up to no one. She contributed less than what seemed worth contributing, let alone mentioning. Yet, her insignificant act remains indelibly recorded in the canon of scripture that has comforted and challenged humanity for the last 2000 years.

I want to learn from this woman. She didn’t compare her contribution to those of others or shrink back with insecurity. She kept her eyes on Jesus. Though her steps might have been feeble, she knew the audience she lived for. It was an audience of One. And when He looked at her, she heard not the jangling, but His grateful admiration. 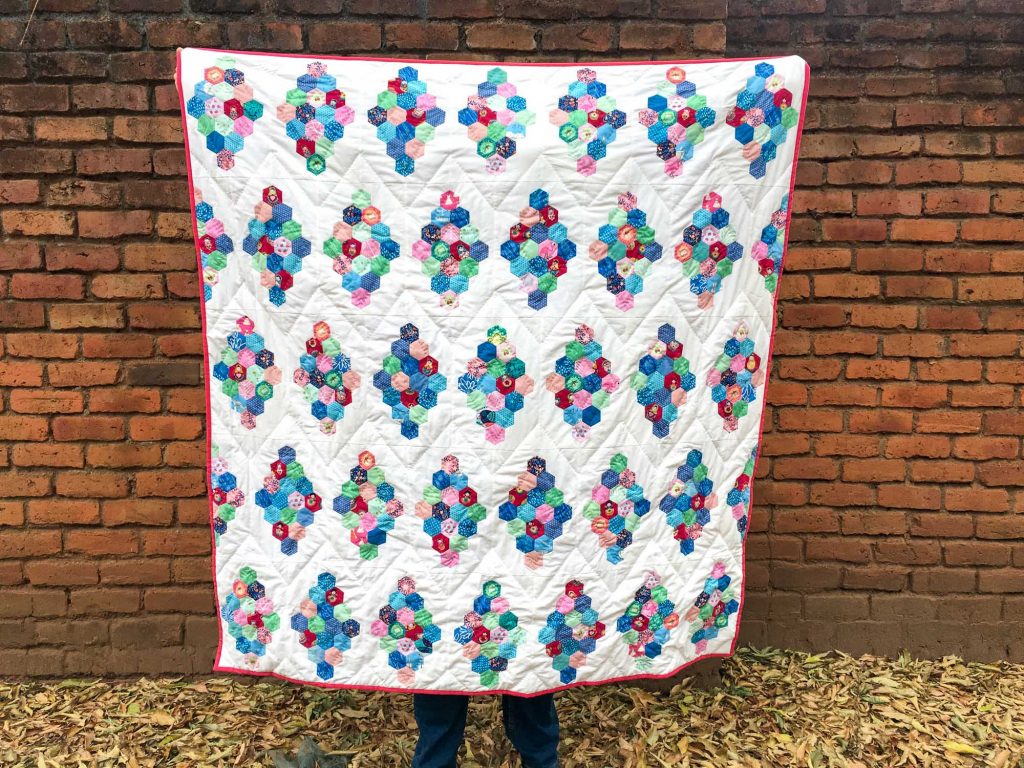 This quilt came to life as I mulled over these thoughts in my heart. I pulled out some long hoarded fabrics I had been keeping for something special. It contains a combination of Amy Sinibaldi’s “Sonata,” Sarah Jane’s “Wee Wander,” and a good bit of blenders from my stash.

But, one of my favorite aspects of this quilt is that in order to finish it, I had to use what I had. No Amazon or online fabric dealers to turn to here. Yet, piece by piece, I managed to round up a backing, batting, and binding from what seemed like useless little bits. Mites, perhaps? 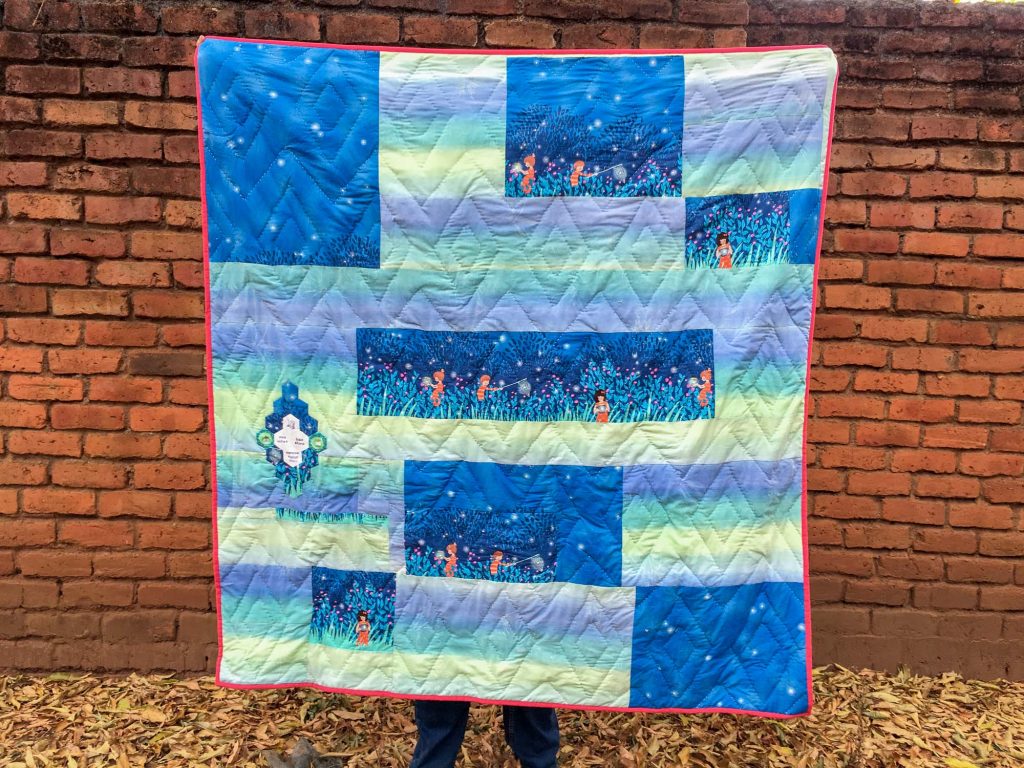 Interestingly, Jodi Godfrey of Tales of Cloth designed this quilt as one of her “Small Change” quilts, and only after I started stitching it did I realize the ironic connection to the two mites mentioned in this story. It seemed only fitting to call it “Two Mites,” as a figurative reminder to my heart of this unique story. A story only four verses long about a woman who gathered up what she had and gave it all. 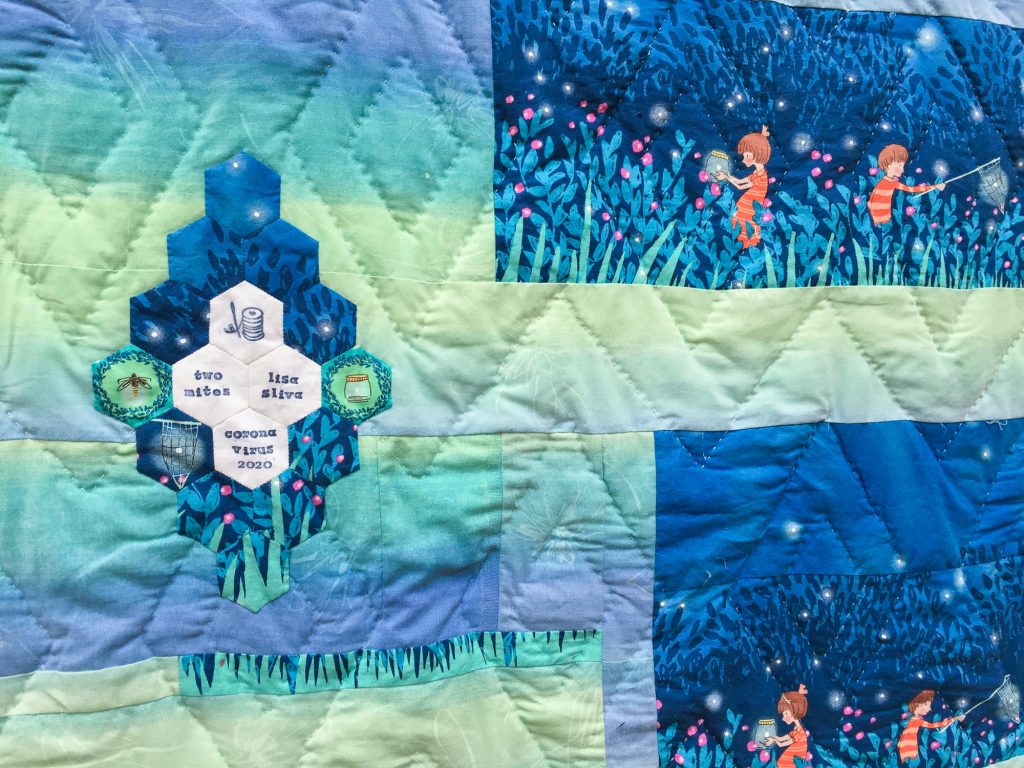 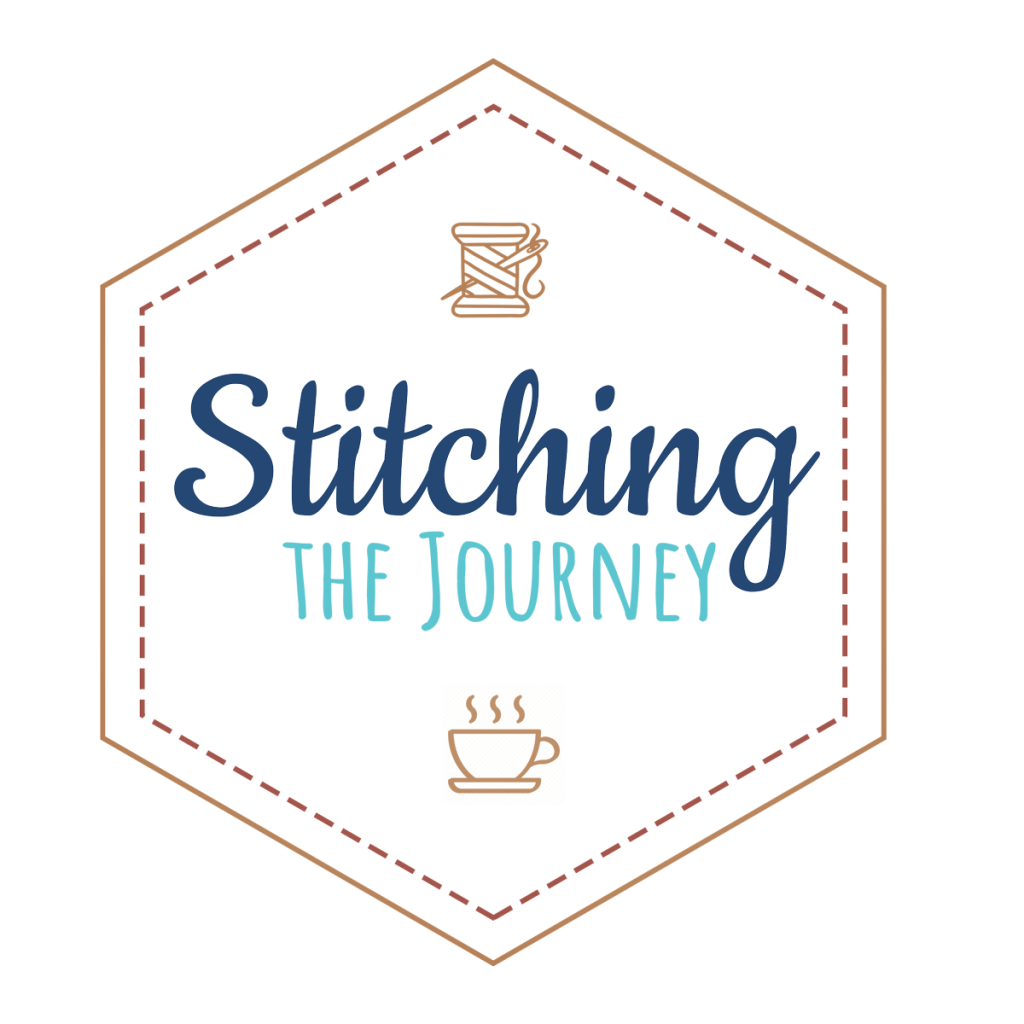